Please select the type of assistance you require 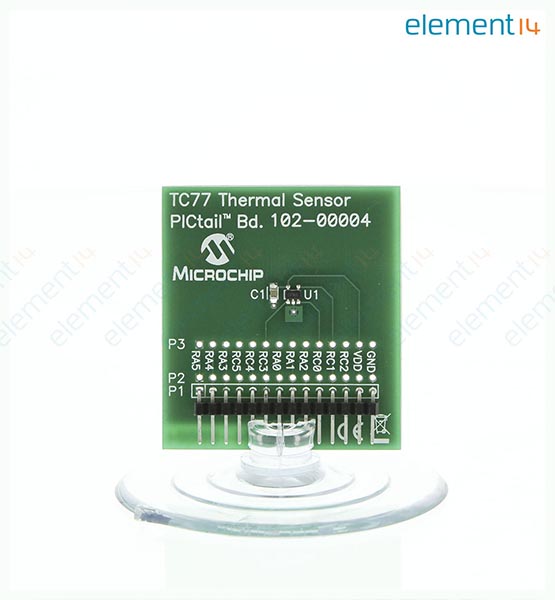 The TC77DM-PICTL is a TC77 Thermal Sensor PICtail Demo Board that demonstrates how to interface the TC77 to a PICmicro microcontroller using the PICkit 1 Flash Starter Kit as a platform. A PIC16F676 14 pin Flash based 8bit CMOS microcontroller device is included with the demo board and can be used with the PICkit 1 Flash Starter Kit. The system designer will be able to use this design as an example of how to integrate a digital temperature sensor in their system. Firmware that provides the SPI interface and temperature conversion routines to communicate with the TC77 and convert the serial data to temperature is also included.The TC77 Thermal Sensor PICtail Demo Board can also be used as a stand alone module to quickly add thermal sensing capability to any existing application. This basic sensor functionality is implemented on a small Printed Circuit Board (PCB) and an interface via a standard 100 mil header.

90 Day Warranty only. After Expiration of Warranty returns must be processed via Microchip.